The incident leading to Andreas' Test was submitted by Andreas Scheuber on December 11, 2019.

The test called “Andreas' Test” checks that multiple DQMH cloneable modules can be started and stopped properly in parallel: 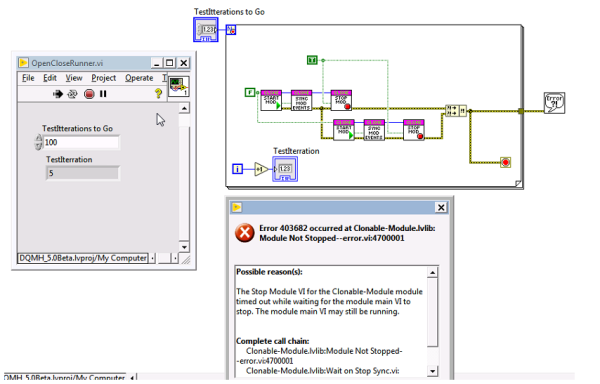 Delacor was already working on changing how the modules were launched. Instead of using the VI Server Run VI method, they moved to use Start Asynchronous call. However, Andreas' test led to further improvement on how the DQMH cloneable modules were launched and stopped in DQMH 5.0. This test became a test to be run every time DQMH releases.